The World Economic Forum (WEF) recently published a report titled “the Future of Financial Services” that looks at how disruptive innovations are reshaping the structuring, provisioning, and consumption of financial services.

In the report. cryptocurrencies and blockchain technologies featured as a major part of a set of innovations that will present challenges for financial services stakeholders in the near future.

The WEF project team ultimately found that, rather than provide a store of value, the greatest potential for cryptocurrencies and other applications of blockchain technology was to effect disintermediation and to radically streamline value transfer.

Specifically, the researchers determined that blockchain technologies could have the following implications for incumbent financial institutions. 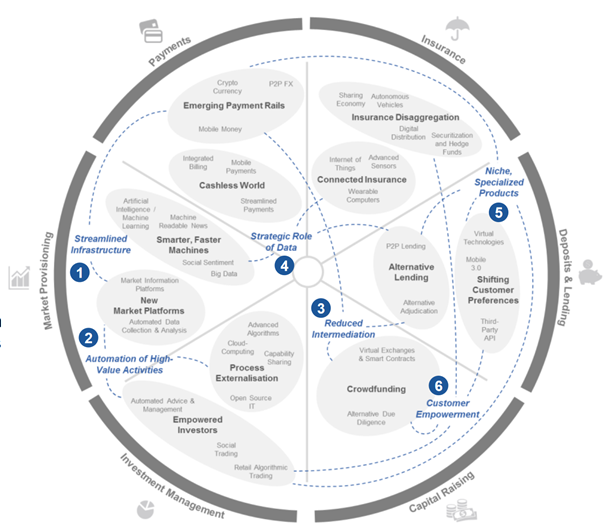 In the payments sphere, this means that blockchain technology can have the potential to reduce the use of cash and also serve to make payments less visible to payers. This means some major challenges for financial institutions, who may be finding themselves lose control over their customers’ transaction experience as payments become a more integrated experience for the consumer. They presented a set of scenarios of how this might happen, where I will describe my thoughs on two of these in the next sections.

As more payment solutions allow customers to link their bank accounts for direct payment and seamless point-of-sale vendor financing, the use of credit cards could be displaced by these platforms. Already now there’s a trend that 18-29 year olds, the so called “millennials”, tend to avoid having and/or using credit cards (source). This survey is based on the responses of American young adults, and a similar worldwide study done by Visa found that this trend wasn’t quite as strong in other parts of the world. A lot of the same sentiments seems to be shared however, with credit card ownership being lower than average and a general sense among the millennials that they avoid using a credit card so that they can better control their finances and avoid debt.

Fragmentation of the payment market

The successful deployment of digital wallets eliminates the need to carry physical cards and virtually removes the limitations on the number of payment cards customers can carry and use.

This will make it easier for niche cards to gain wider usage, provided that they can add some perceived value for the consumer. Payment decision support systems could support this propagation; as intelligent software agents could identify the ideal card to use in a given situation based on their owner’s preferences. This will remove further friction from the payment process, and will lead to a splintering of wallet share among many cards.

The most important feature for such a digital wallet would be to ensure the security of the application, again according to the Visa report, with acceptance and convenience making up the rest of the top three ranking.

So what can the banks do?

Looking at the scenarios described above, they mostly describe a change in front-end processes as seen from the consumer perspective. The reason for this is because the average consumer most likely will not really care how their payment system works “under the hood”, and would rather choose based on what they deem to have the best user experience.

Looking at it from a purely technical perspective, blockchain technology is a new form of value transfer infrastructure that has shifted the responsibility of validation and transparency from a central point of control to a distributed network.

If there is a case for blockchains being used universally for payments, it would involve the payment account becoming a form of blockchain wallet, and require a different approach to how core banking systems run customers’ current accounts. This approach may indeed have the potential to save costs on a massive scale, since core banking systems are expensive to maintain and run.

It’s important to understand where banks currently incur costs in payments, as this is not always addressed when blockchain advocates are describing why the technology will make the future of payments cheaper and faster. These costs are essentially spread out over five areas:

The promise of blockchain technology is to deliver cost saving in many if not all these areas, but the key challenge is to identify how and where a blockchain system can be used in a way that is demonstrably superior to existing technology (your classical database and web services).

I believe that the initial adoption and success of blockchains for payments will be a quite slow, due to consumer apathy and the power of ingrained habits. But I also have a strong feeling that as soon as adoption takes off, its impact will spread faster and deeper than many realize. (See Amara’s Law). In the fact box below, I’ve tried to present eight use-case areas that will form the basis of a new set of financial services. 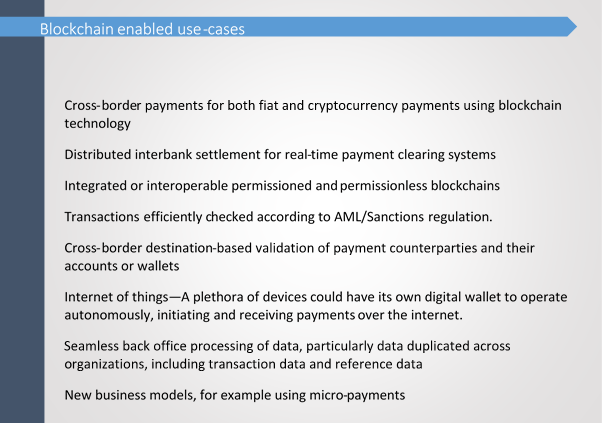 As I see the technological progression moving forward at the time of writing, banks have two choices on how they wish to employ blockchains for payments. These are not mutually exclusive, but the first often is definitely safer and more in line with existing business practices, while the other requires going out on a limb when it comes to risk management.

2. Use blockchain technology to provide payment, cash management and trade services in cryptocurrencies such as Bitcoin or Ether.

For payments in fiat currencies, the services to customers will be similar to existing services, although there is opportunity to provide alternatives to card payments at point-of-sale and in ecommerce, paying directly out of bank accounts. Additionally, there are opportunities to provide new liquidity and interbank settlement services, such as market making services in the Ripple network.

For cryptocurrency payments, regulatory uncertainty restricts banks in the payment services they can offer. A secondary challenge is that customer adoption is a big unknown. Up until this point, cryptocurrencies have mostly been the domain of white men, aged 19-44 (represented by a bitcoin survey. No similar Ethereum survey found). Growth have been steady for the last few quarters, but it has consistently been linear growth of number of wallet users. And although the amount of merchants accepting Bitcoin as a payment option have increased worldwide, the amount of VC funding has been steadily declined for startups focusing on wallet services or cryptocurrenct payment processing. 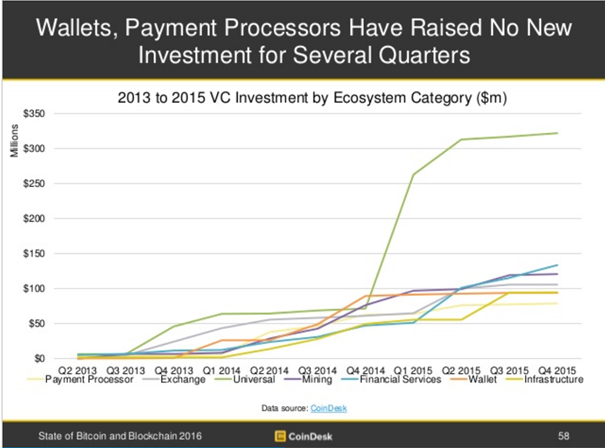 These two factors have a strong chance of limiting a bank willingness to develop services in the cryptocurrency space. However, the regulatory environment all over the world is actively looking at new regulations, and cryptocurrencies are likely to be permitted by regulators when the right AML, KYC and licensing controls are in place.

Banks should therefore start thinking about the services to provide retail and corporate customers using cryptocurrencies, should the market shift in this direction. This will not only allow them to be covering both retail and corporate customers’ cryptocurrency payment services, but this technological push will result in valuable insight that can future-proof their business models. In my whitepaper, I detailed the initial research performed by central banks on the potential for a state issued digital currency. Since this whitepaper was published, further research have explored this potential, such as this report by the UK Government Office of Science, this proposed solution by UC London professors, and lastly this report by the Bank of International Settlements which looks at the impact of cryptocurrencies and the potential issuance of digital currencies by central banks.

This research is a strong indication that blockchain technology is a major driver towards a cashless society, and after reading these reports it is clear that the authors are expecting a significant change in the role of banks in the future. 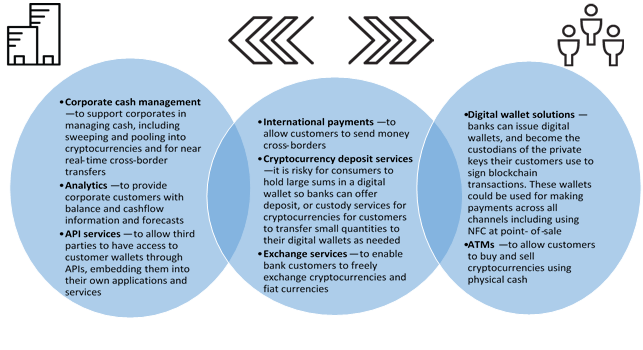